When sampling the extraordinary wealth of local habitats, biodiversity and post-glacial landscapes brings a realisation that our region is rather special and in need of systematic recording and being safeguarded by nationally and locally framed management/conservation policies. This is now exemplified by the astonishing number and acreage of National, County, Local Nature Reserves and Borough Wildlife Sites on our doorstep.

Recording and monitoring was achieved initially by the formation of voucher specimens in collections at the Museum, followed by the setting up of the Environmental Records Centre (using RECORDER 6) expertly managed by Bob Marsh. The drafting of local management policies and data gathering programmes are in the hands of Melissa Massarella and her Ecology/Biodiversity colleagues, guided by the Doncaster Biodiversity Action Partnership. Policies, targets and action plans were published in 2007 in the library of ‘Doncaster Local Biodiversity Action Plans’.

Any or all of the above (drafted mainly by Melissa and Louise) can provide the Doncaster Nats, indeed any members of the Doncaster Nature Alliance, with an endless supply of fascinating and worthwhile activities, surveys and monitoring projects.

Doncaster borough covers an area of 220 square miles and is made up of characteristic areas defined by differences in rock type, topography, soils, slope and drainage, which in turn have resulted in a great variety of habitats.

In Doncaster there are 15 SSSIs (as listed below), each supporting what is considered to be one of the finest examples of their respective habitats and geological features;

Magnesian Limestone Areas
The west of the borough lies over part of a narrow band of Magnesian Limestone, upon which are a number of species-rich limestone woodlands. Several of the larger woodlands are Sites of Special Scientific Interest (SSSIs), whilst many of the smaller limestone woodlands are Sites of Scientific Interest (SSIs) and are managed as cover for game birds.
This area also supports excellent examples of limestone grasslands such as the lawns of Brodsworth Hall, Marr Hills and Holes, Levitt Hagg, Cadeby Rattles and the many quarries around Sprotbrough. The northwestern area of the borough also includes a large number of estates, which have associated woodland shelterbelts, parkland, wood pasture and veteran trees. On the eastern fringe of the limestone is the haven of spring flowers of Owston hay meadows and the diverse ancient and species rich hedgerows around Owston Hall.
There are few wetland sites in this part of the borough due to the underlying geology, however, from the limestone flow streams such as Hampole Dike and The Skell, with their associated willow and alder woodlands.
The River Don cuts through the Magnesian Limestone between Conisbrough and Cadeby, with extensive areas of wetland and marsh found south of the river at Old Denaby. Subsidence flashes along the River Dearne such as Denaby Ings SSSI have also been created by mining subsidence.
South of the Don, the narrow band of Magnesian limestone underlies much of the western half of the borough from Conisbrough in the west to Tickhill in the east. This landscape is dominated by arable agriculture interspersed with limestone quarries, disused railways and large, ancient woodland sites. The hedgerows of this area are particularly diverse and excellent examples are found around Wadworth and Tickhill.

The Sandy silts and clays (part of the Humberhead Levels)
To the east of the Magnesian Limestone the soils are a mixture of sands, silts and clays with occasional pockets of fen peat. To the north of Doncaster, the landscape is dominated by arable agriculture with scattered species-rich woodlands. The pockets of peaty soils add to the diversity of habitats and species. Wetlands are much more common in this part of the borough and several are man-made, such as by the extraction of clay for brick making.
Tilts Drain or ‘the Old Ea Beck’ runs eastwards through the centre of this area and a series of linear wetlands or borrow-pits are associated with this watercourse. The River Went forms the northern boundary of the borough and has several areas of associated permanent grasslands on the alluvial soils near Fenwick, Topham and Eskholme. Further east the New Junction Canal cuts across a flat landscape of mixed agriculture with scattered remaining areas of species-rich permanent pasture, divided by diverse hedgerows with large white willows and small field ponds. These habitats are under threat from agricultural intensification and a general lowering of water levels. Woodland is a rare habitat in this part of the borough although one fragment of an ancient woodland remains at Bunfold Shaw near Sykehouse
To the south of the town lie the remaining flat, lowlying pastures of Doncaster Carr and the Potteric Carr nature reserve. Semi-natural peaty-fen and woodland habitats exist on these damper soils. The River Torne flows on through sandier soils, eastwards from Rossington Bridge to the peaty soils of Hatfield Chase.

The River Don Flood Plain (part of the Humberhead Levels)
From the narrow-wooded valley through the Magnesian Limestone, the alluvial flood plain of the River Don opens out into the wide expanse of Sprotbrough Ings. Passing through Doncaster, much of the low-lying flood plain has been developed as part of the suburbs of Bentley, however, there are several wetland habitats remaining near the river.
From the town centre the alluvial flood plain fans out to cover a large area of land to the northeast. This area is characterised by low-lying pastures and diverse hedgerows. Arable agriculture is encroaching on many areas of former pasture and hedgerow removal is a significant threat. Several watercourses, the old Bentley flood bank, and a railway, cross this area. Many areas beside the river are periodically inundated during winter and are important areas for many bird species.
The river has been straightened and canalised in many parts and a ‘new’ channel for the river water runs north of, and parallel to, the canal. Designated washlands on the northern side of the river include many small ponds and borrow-pits. The former course of the River Don is still traceable through Wheatley in the form of a series of oxbows south of the canal. Only one section of the oxbow retains the mature alder and crack willows of the former river and several sections of river have been filled-in as part of industrial expansion.
The Dun Navigation canal and river Don pass north of St Oswalds Church, Kirk Sandall, where a series of calcareous slurry lagoons on the northern side of the river provide a unique and unusual habitat for specialist plant and animal species. Barnby Dun has a large number of diverse wetland habitats such as the old river course, flooded fields and ponds beside the canal, and borrow-pits created during embankment of the new river channel. The canal splits into two near Kirk Bramwith; the New Junction Canal passes over the Don via an aqueduct and continues north, to join the Aire and Calder Navigation, while the Stainforth and Keadby Canal branches off to the east towards the River Trent.
The river flows between Stainforth and Fishlake, where there are extensive wetgrasslands and ponds, before flowing northwards at Thorne. To the south of the Stainforth and Keadby Canal is the historic site of Thorne Mere and the Ashfield Bank.
The river course, washlands, wet-grassland, canal and ponds along the river corridor are notable for their diverse aquatic and wet-grassland species and have great significance as sites for many bird and dragonfly species. This area is also a stronghold for the water vole, a species declining in number.

The Sherwood Sandstone (of the Humberhead Levels)
Between the town centre and the southeastern boundary of the borough, much of the soils are dry sands and gravels over sandstone. The town racecourse and old Doncaster Airport (now the site of The Dome leisure complex) are on the former Doncaster Common. Remnants of the natural heath vegetation survive amongst the fairways and amidst the landscaping of The Dome. Further east is the heathland of Doncaster Warren Golf Course and associated woodlands to either side of the M18 Motorway, and parts of Park Wood, Rossington, which have elements of the heathland species.
In this area there are fewer of the large parkland estates common in the west of the borough, although there are occasional small private estates. Rossington Hall to the south of Rossington is slightly unusual on these dry soils in that it has a series of small, stream-fed lakes. These lakes have suffered from severely lowered water levels in the mid 1990’s.
The habitats to the east of Armthorpe include a number of woodlands, which exhibit a range of heath vegetation and ponds in small pockets of clayey soils. The sandy soils around Edenthorpe and Kirk Sandall give names to several habitats such as Brecks Plantation, Brecks Common and Brecks Pond. The natural lowland heath vegetation is lacking in many areas although small pockets such as heather at Station Wood, Barnby Dun, and at Hatfield Lings sand quarry, and gorse near The Grove, Kirk Sandall, remain.
There are a number of woodland’s, which are mixtures of plantation pine and seminatural understorey species with most of the private woodlands being used as game coverts. King’s Wood is slightly unusual in that it is deciduous woodland with mature coppiced sweet chestnut, whilst Hurst Plantation has recently become actively worked for sand and gravel. The large former Forestry Commission conifer plantation at Bawtry Forest is on very sandy soils and has two small ponds. One pond has largely dried out but still retains remnants of former heathland flora around the edges.
The mineral resources of this area are being actively worked in the Finningley and Blaxton areas and there are many old sand and gravel workings, some of which have flooded, and others, which have recolonised with naturally occurring heathland plants.

Humberhead Level Peatlands
To the east of the sandy and alluvial soils in the north eastern corner of the borough are two unique areas of lowland raised mire, Thorne and Hatfield Moors which are both SSSI’s. These two peatland areas differ in their underlying geology, which is reflected in the species found on each. Much of Hatfield Moors is either under arable agriculture or is being extracted for peat, although some areas still have a cover of semi-natural vegetation. The area of Hatfield Moors known as Lindholme Island is on the gravel soils of a glacial moraine. This area contains a zone of heathy grassland and venerable, old oak and pine trees.
Between the two moors and to the east and south of Hatfield Moor is the low-lying landscape of Hatfield Chase. This area was, in ancient times, a vast area of fen mire, lakes and rivers. Drainage since the Roman times has created rich arable farmland cut by a complex network of drainage ditches. These drains also preserve what is left of the original wetland plants and animals, with drainage ditches containing several locally and regionally rare wetland plants, whilst water voles are found in several of the drains around the south of Hatfield Moors.
Woodlands are scarce and limited to the fringes of the moors. One of the few woodlands that does exist is Whin Covert, a Yorkshire Wildlife Trust nature reserve of birch wood and bracken on the soft peaty soil.

Note – All the above information has been extracted from Doncaster Local Biodiversity Action Plan, January 2007 and is produced here with permission from Doncaster Council.

Below are photos of local wildlife sites 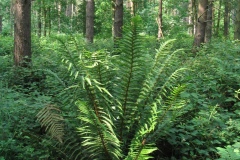 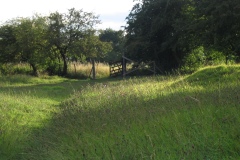 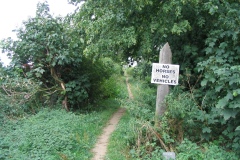 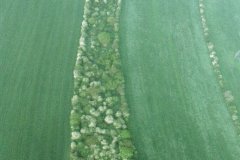 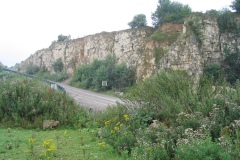