The first indoor meeting at the museum was on the subject of True Bugs and was delivered by Stuart Foster who is a recorder for the Yorkshire Naturalists’ Union. Stuart spoke with great enthusiasm, delivering an illustrated talk which was both interesting and informative in terms of identification of species and their typical habitat. He explained that in the recording of species there are gaps which could be useful such as the names of host plants on which they were found. He concluded by showing us photographs of some of the latest alien species. Attendance at the museum continues to be very good.

Our second indoor meeting, held at Parklands, was attended by 8 members with apologies from several others. Ken Woolley started by showing us some fantastic macro photos taken with his new camera, many taken on the joint meeting with the British Plant Gall Society on September 10th. I, for one, was very envious when we saw how much they could be enlarged without loss of sharpness. His photographs included galls on Alder, Oak and Field Maple, several spiders and this amazing one of the final instar of the Bronze Shieldbug Troilus luridus. 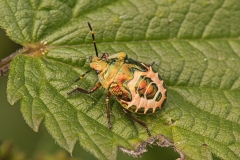 My photos were a glimpse into two meetings in April at Barrow Hills Sandpit and Sandbeck Estate, where the highlights for me were oak apples (below right) and fritillaries and a last minute evening meeting held at John Scot’s farm in May when the evening light created some intense colours as you can see with this one of Ragged Robin Lychnis flos-cuculi (below left) on the margin of the pond. 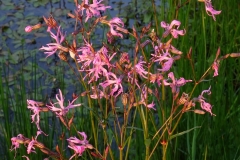 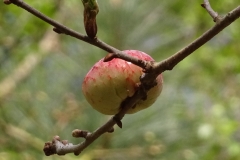 Joyce and Paul Simmons had quite a collection of photos taken at many of the Summer meetings. Of particular interest were the moths taken at the Mothing nights. Some of those photos you would have seen in the last newsletter. I think it’s probable that they attended more meetings than anyone else this year. Below are two selected photos from their presentation. The first of a Tawny Owl chick taken in Owston Wood and the second taken in Owston Meadow of the spider Agelena labyrinthine which is moving north and is the first find north of Doncaster. 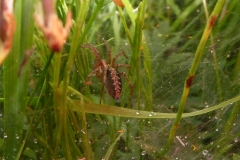 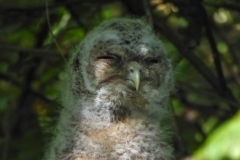 Louise showed us some photos of the joint meeting with the Bradford Botany group at John Scott’s farm which, as you can see from this photograph, was well attended. 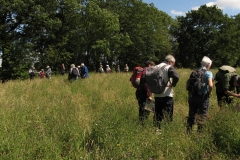 As far as I’m aware the Fungal Foray at Stoneycliffe Wood on October 22nd wasn’t attended by anyone in the group which is surprising because in the past such events have always been very popular.

The second indoor meeting at the Museum, on November 1st, was on the subject of Habitat Creation on the Torne. The presentation was given by Jamie Mc Ewan of the River Torne catchment Partnership. Jamie, who is the Living Landscape’s Leader for the Yorkshire Wildlife Trust, explained that a huge part of his work revolves around the importance of rivers in modern landscapes for wildlife. He gave some examples of the projects which the Torne partnership has been involved with including some undertaken at Potteric Carr and Sandal Beat which is a triple SSSI reserve but not operating to its full potential. Surprisingly in the catchment area there is 9x as much drainage as there are rivers. One of the problems identified is that the excess water runs off the drain too quickly. Some of these areas are noted for having the presence of rare species.

On November 15th our guest speaker was Jeff Squires who gave us an illustrated view of the wildlife he was privileged to see on his many fishing trips. I say many because apparently he goes fishing 364 days a year! Having a well equipped van he sometimes stays out for 48 hours enabling him to take fantastic shots of sunrise and sunset. He is very much into fishing conservation so he has the right equipment to ensure the survival of the fish he catches which are then returned safely to the water. He showed some wonderful close ups of birds such as reed warbler and goldfinch and talked about encounters with such wildlife as deer, stoat and mole.

Louise then showed us a proposed route for an outdoor meeting this summer along part of the River Torne. (See July 28th on the Summer program). December’s talk on the 6th, on The Idle and Ryton Valley Living Landscape, was given by Mark Speck the Northern Conservation Officer for the Nottinghamshire Wildlife Trust. His work involves working in partnership with farmers, The Environmental Agency, the mining sector and landowners to maximise the area for wildlife looking at perhaps 10 -200 years ahead. The Nottinghamshire Trust is working to link the habitats of the Idle to Hatfield and Thorn Moors and the Dearne Valley through the Humberside peat levels.

The first meeting of 2018 was the AGM on 20th January in the Tofield room at Potteric Carr. 14 members were present, rather fewer than in previous years. The room has tea and coffee making facilities , was spacious and private but even with several heaters on in the room several members preferred to leave their coats on! A shortened version of the minutes was sent out to members a short time ago. A big thank you to Derek Allen for taking the minutes for at least 90 minutes. Afterwards we returned to the visitors’ centre for lunch. Most members decided not to take the usual walk round the reserve because of adverse weather conditions.

On 7th February we had an illustrated talk on Desert Life by Paul and Joyce Simmons. The attendance was very impressive as were the photographs which accompanied the talk. Joyce introduced the meeting with an explanation as to how areas are designated as Deserts, followed by a look at the wildlife in American deserts. She referred to adaptions of plants to shortage of water and her slides included plants which only have leaves and flowers when there has been a certain amount of rain and the well known cactus, Saguaro, with its treelike branches, native to the deserts in Arizona. 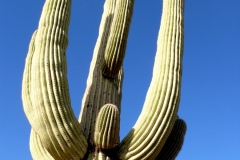 Paul continued with a look at Turkestan in Asia where there are very few settlements and plants use similar methods to help them cope with the lack of water, such as reducing their leaves to spikes. He then moved to Australia where there are aboriginal paintings using paint from ground down rocks. One of them depicted an animal with a long horn which became extinct 3000 years ago. Among his slides were some spectacular ones of birds such as bee eaters and red headed buntings. As usual, Paul and Joyce showed a wonderful collection of photographs ending with the magnificent Splendid Fairy Wren with its iridescent blue feathers. 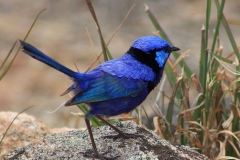 Wednesday 21st was the annual joint meeting with Doncaster Movie Makers which as usual was very well attended and contributions from both organisations were very well received. Margaret and Jeff Prior showed a movie they had created with the intention of drawing attention to fly tipping. Tom Higginbottom presented a slideshow about Brodsworth, and Colin Howes told us some very interesting information about two brown bears which were part of a display at Doncaster Museum (see more info in this year’s edition of Doncaster Naturalist).

The March meeting at the museum was entitled ‘The Botany of Yorkshire’s Canals’ by Ray Purser, a subject which I’m sure I would have found interesting, but unfortunately, I wasn’t feeling very well on the day.

Later in March was the annual meeting at Parklands where members shared their photographs taken the previous year. It is always interesting to look at other members photographs and hear of their discoveries and have the opportunity to show others your own photographs which is why this meeting is always attended by so many. For me the most interesting part of the evening was Joyce Simmonds talking about her study of Purse web spiders Atypus affinis. They are so called because the female weaves a silken tube, part of which lies underground and the remainder lies on the surface of the ground disguised with debris. Being an ambush predator, the female lives most of her life within the tube waiting for prey to walk on the exposed part creating a vibration alerting the female to its presence. She then stabs though the silk cutting the web so she can drag the prey inside to eat. 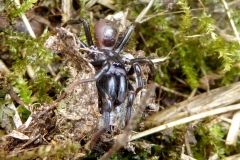 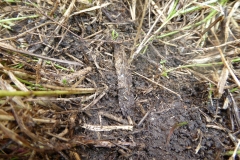 The final meeting of the Winter program will be the Presidential Address by Louise Hill on Wednesday April 4th at the museum.

Finally for those of you who know Bessie Chapman, who is currently recovering from a slight stroke and a fall, I called to see her yesterday to give her a card from the society recognising her long membership. The card was designed by Louise and Colin using some of Elizabeth Farningham’s paintings. Bessie is 97 and has been a member since she was 15 so that’s a great achievement! I also took her a bunch of flowers from the group and left her a copy of Doncaster Naturalist. She was in high spirits and enjoyed relating memories of walking with her late husband George.

Enjoy the coming months and as usual hope to see you at some of the outdoor meetings.
Best wishes
Nora