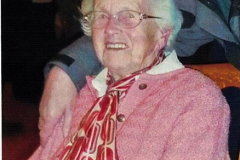 Dorothy was educated at Salt’s Grammar School for Girls, Saltaire, Bradford and subsequently became a graduate of the celebrated Leeds College of Domestic Science, irreverently dubbed the Leeds ‘Pudding School’. Her contribution to the war effort was as a Government adviser, demonstrating to women’s groups on how to cook thriftily and eat healthily during those days of wartime food shortages. Later she worked for the national ‘Mass Observation’ social research project which for the first time monitored the lives of ‘ordinary people’, the archive of which is maintained at Sussex University.

Settling in Doncaster in 1955, Dorothy worked as a Domestic Science teacher initially in Rossington, then at Oswin Avenue, Balby and finally Balby Woodfield School where she became Deputy Head.

Botanical Illustrations: The Society also published studies of the natural history of Castle Hills (1990), Wadworth Wood (1993) and Austerfield Quarry (1995). Not only were these edited by Dorothy, she provided numerous illustrations, mainly botanical line drawings. She also provided botanical illustrations for the society’s book on Doncaster’s Living Churchyards (2000).

Dorothy contributed colour illustrations of Pyramidal Orchid Anacamptis pyramidalis and Bee Orchid Ophrys apifera for the award winning ‘Wild Flowers of the Peak District‘ by Patrick Harding and Valerie Oxley (2000) and in 2000 and 2005 her illustrations of Wild Service tree (Sorbus torminalis) and the Tree Lupin (Lupinus arboreus) appeared in the Yorkshire Naturalists’ Union Bulletin.

Other interests: Dorothy became deeply involved with family history studies, being one of the founding members and for a time, President of the Doncaster Family History Society. She was a keen needlewoman becoming one of the legendary ‘Doncaster Broderers’. She was also an enthusiastic member of a local ladies choir and in her teaching days was keen on sport, excelling at tennis and badminton. 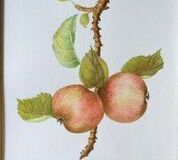 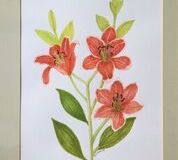 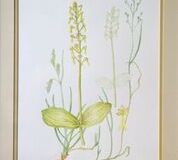 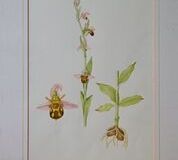 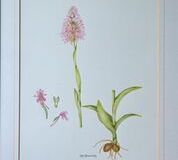 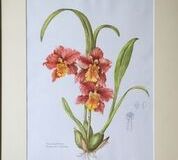 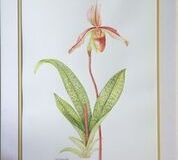 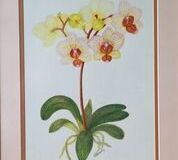 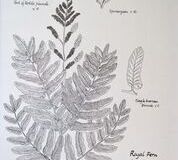 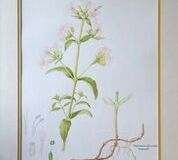 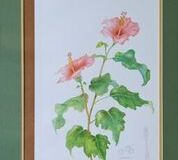 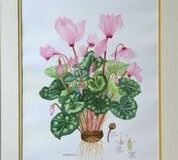 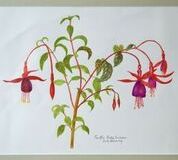 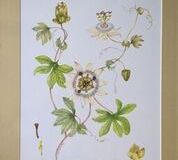 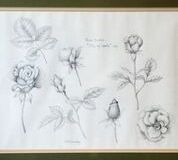 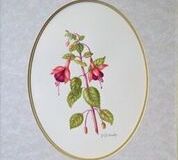 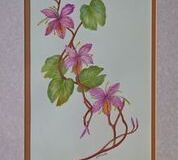 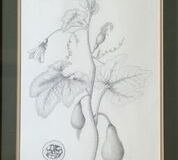 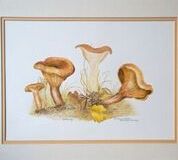 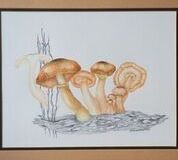 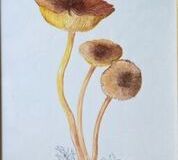 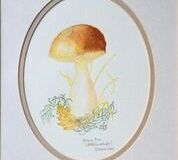 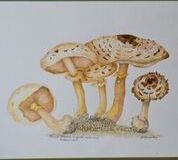 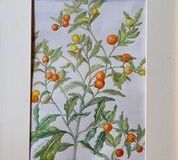 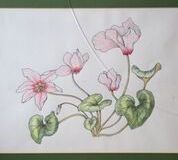 The society has offered members the opportunity to purchase the paintings, and to-date the following have not been sold.