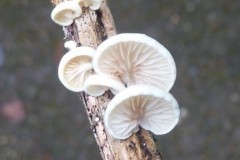 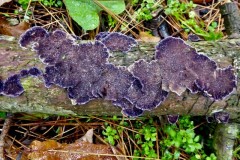 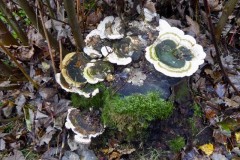 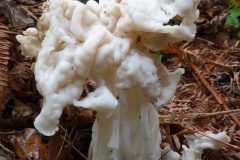 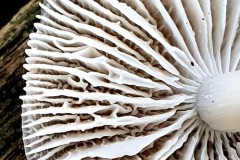 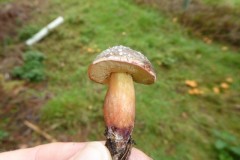 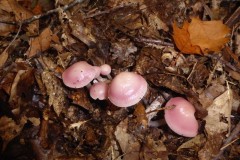 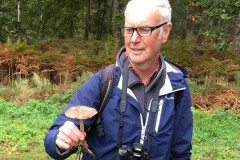 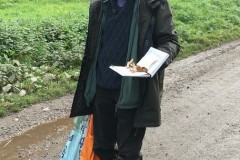 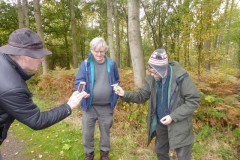 Although the occasion was run as an autumn Fungus Foray lead by two experienced Mycologists, I was only able to attend in the afternoon and so missed the organised party. The following species were encountered in the woodland blocks and network of woodland rides between the car parking area off Martin Lane and east towards the East Coast Main Line, all within SK6395.

Recently harvested logs stacked by one of the rides gave an indication of their age class via counts of annual growth rings. Three examples were 51; 54 and 71 indicating they would probably have been planted after the 2nd World War not later than 1949.

Covid-19 regulations relating to the Doncaster region on 7 Oct 2020:

“You can meet in a group of up to six people from multiple households. This includes children and applies indoors and outdoors, including private homes. There are exceptions, for example if your household or support bubble is larger than six”.

Other site users noted during our visit

A colourful and chattering ‘swarm’ of toddlers and child minders ? from a local Nursery, enjoying an alfresco lunch in a woodland clearing.
At least five lots of Dog walkers.
3 Anglers
2 lads on a quad-bike.

In venturing to the west of the Magnesian limestone ridge, I felt out of place, indeed within Howell Wood the sensation was of trespassing in alien territory. Unusually for the Doncaster region this woodland is situated entirely on coal measures sandstone giving the plant communities a foreign flavour. Also, since the Woodland originated as 18th/19th century estate/parkland planting, the tree/shrub population reflected the ornamental horticultural stiles of the time rather than purely reflecting the local geology and woodland ecology.

In watching the trees, notably the pines and larches, swaying in the wind high above our heads demonstrated that this tree population includes some of the tallest specimens in the Doncaster region.

In entering the wood along the western perimeter path or returning to the car park from the fishing pond, members passed through parts of the rather dramatic Yew double avenue. A study of this curious arboricultural feature is written up in The Doncaster Naturalist (2016) 2 (5): 204-209.

One of the highlights of our visit was to re-find a population of Hard Fern Blechnum spicant discovered here by Pip Seccombe during a YNU visit several years ago.