The Annual General Meeting of the Society was held in the extension to the Cafe at Potteric Carr Nature Reserve. 12 members attended. A more detailed report of the content of the meeting will appear shortly. In the meantime the current list of Officials can be found under “Home” on this website.

After the business of the meeting we had lunch and as usual some members went for a walk round part of the reserve. It was a beautiful sunny day as we headed towards the old Information Centre and Willow Pool Hide. Several of the smaller birds like Blue Tit and Reed Bunting were seen. I attempted to photograph the squirrels feeding around the tree stumps but the light was too bright to see what was in the screen. So this is my best shot. If you look very closely you can see one but you have to zoom in to see it! 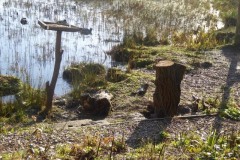 We walked back along the path past the old railway crossing and on the way we saw what we think was a good example of Turkey Tail and our first sighting of Lesser Celandine. Tricia Haigh took the photograph of Turkeytail Trametes versicolor (versicolor meaning several colours ) and I took the one of Lesser Celandine Ficaria verna. 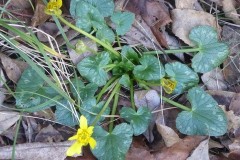 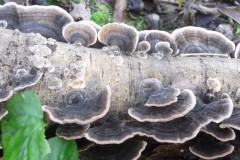 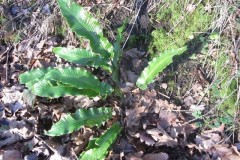 Here some of the members walking past the reed beds. Photo again by Tricia Haigh. 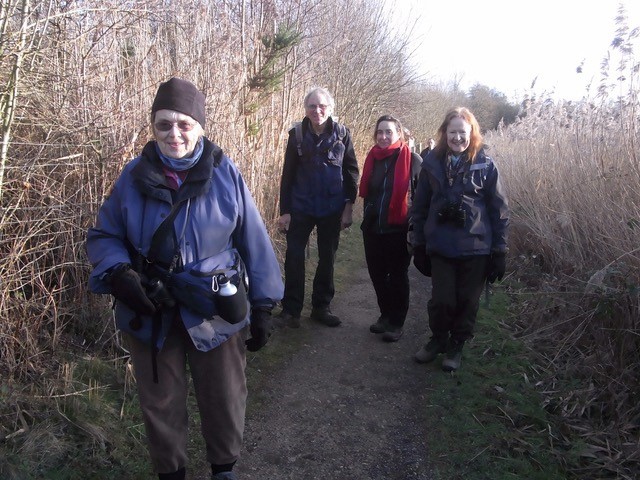 After the walk at about 3 o’clock we revisited the cafe for further refreshments. By then it was full of people waiting to see the murmuration of starlings which was expected within an hour. Last year we stayed and enjoyed the murmuration which occurred around 4.30pm but this year we left before the birds arrived.

Eleven members met at Fairburn Ings Nature Reserve at 10.30 with the intention of spending a couple of hours watching birds before having lunch at the Three Horseshoes Inn. Dave Williamson kept a record of the birds we saw which included a grand total of 40 species. Not bad for an hour and a half! The other half hour was spent hiking back to the car park to be in time for the reservation at the Three Horseshoes.

Having an interesting walk looking for birds, followed by lunch together was a great start to our 2020 program and was a celebration of our friendship though membership to Doncaster Naturalists” Society. Thanks go to Joyce Simmons for organising the reservation at the inn and Dave for his record keeping!

Dave took the following photograph of a kingfisher, often seen at the same spot on the reserve.

Forty species of birds were recorded and one Grey Squirrel